Photos from the opening weekend of America Creative, Nashville, TN

The opening weekend of America Creative began with an on-stage conversation at Lipscomb University
between Everett Raymond Kinstler and Michael Shane Neal, an artist colleague and friend,
who was the motivating force behind this exhibition. 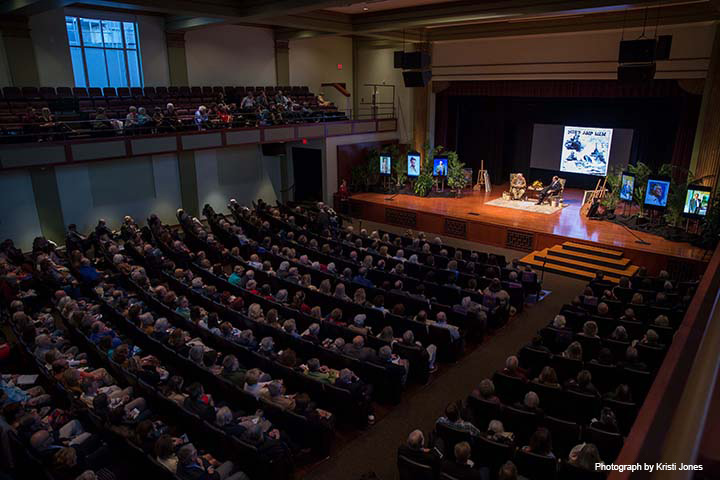 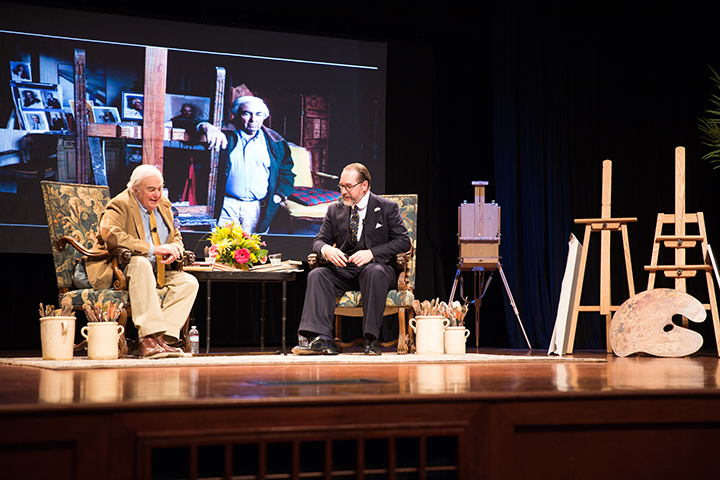 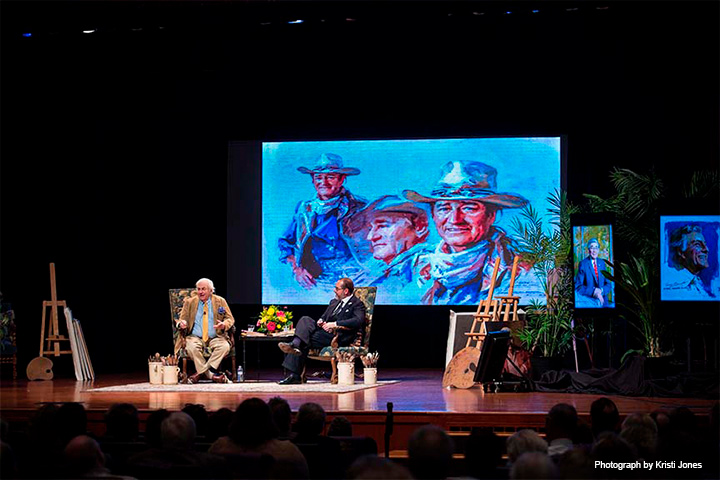 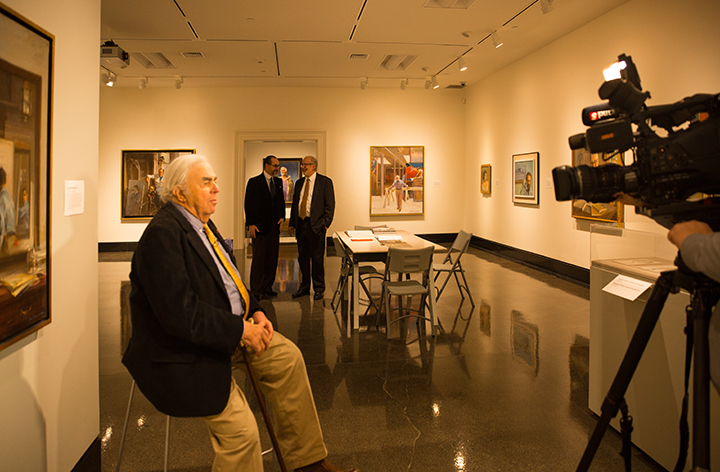 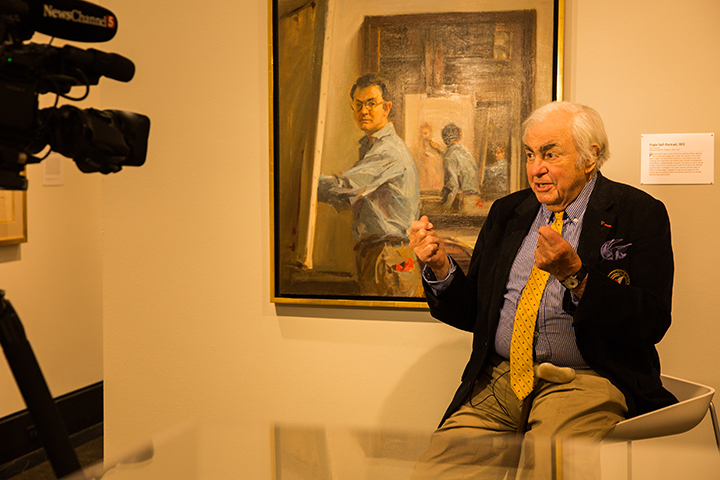 The interview in front of Mr. Kinstler’s self-portrait loaned by the National Academy of Design, NYC 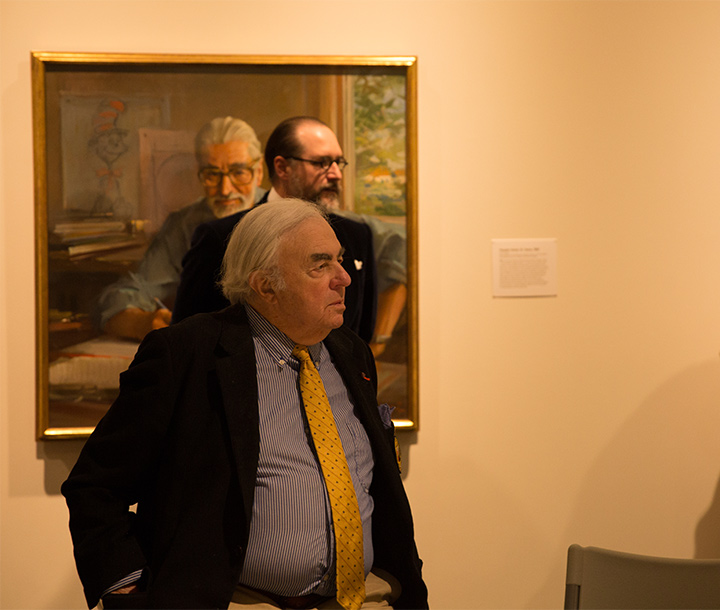 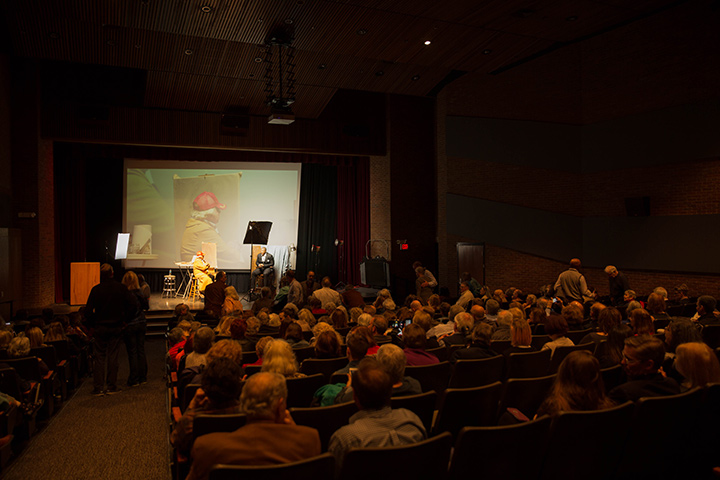 A painting demonstration:  The auditorium at Vanderbilt fills up as
Mr. Kinstler prepares to paint NFL-star-turned-actor Eddie George 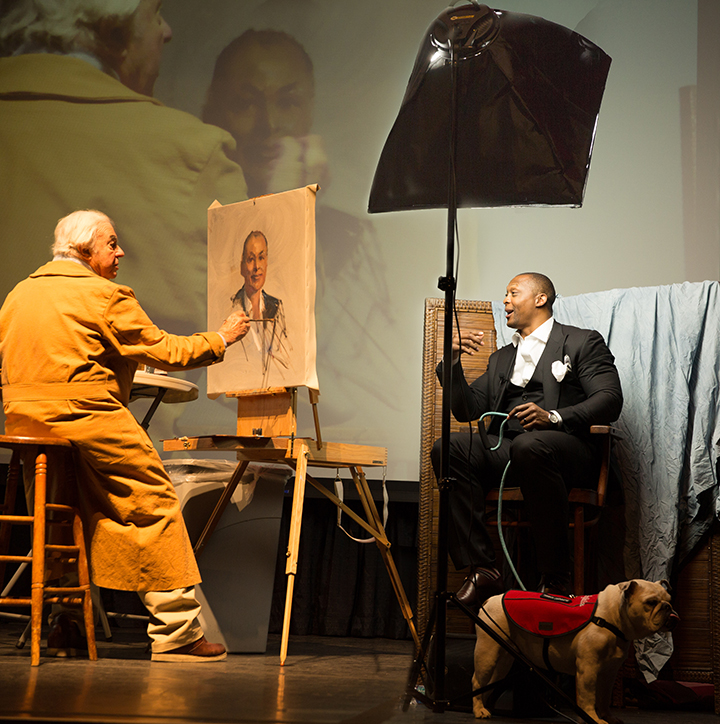